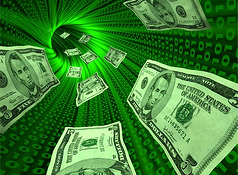 "Tax the internet", make online retailers collect sales tax like brick and mortar retailers, and fix the states' budget problems by collecting tax on most everything. There is a lot of misinformation about this tax bill which is soon to affect all businesses who sell over one million dollars of sales taxable items in another state. So, it is far more wide reaching than just taxing the internet, and it will most definitely affect you either as a business person, or as a consumer, or both. And its not a new idea, it goes back to 1929.

The first attempt by the States to collect “Interstate sales tax” occurred in 1929 at which point, the then existing Supreme Court called such an attempt to make every Interstate vendor collect the sales tax of every State in which they had sales, “An unconstitutional burden on Interstate commerce.”   Over the intervening years, the Supreme Court modified its position so that if any vendor had a “substantial physical presence” in a State that was not their “home” State, the non-home State could make the vendor comply with some form of sales tax collection. But the onus was on the individual State to prove the vendor had a “substantial physical presence” in that State and the definition was set by the Supreme Court.

Some of the states got quite ridiculous in their “definition” so that if you had even just one person answering a phone number tied to your out-of-state business in their State, you were liable for the sales tax. Very much like letting the inmates run the asylum. This caused an order by the Supreme Court in 2000 for the States to create “streamlined sales tax”. 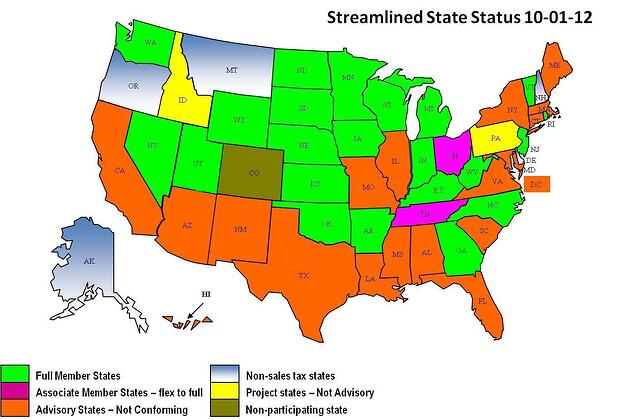 Currently, there are two bills before Congress.  The Senate bill grants authority to the States to require remote retailers (out-of-state) to collect all applicable sales tax. It alters Nexus so that it applies only to remote retailers who do less than $1 million in business in the State. All remote retailers who do $1 million or more in business will have to collect that State’s sales tax. It defines a remote retailer as any business that makes interstate sales of products or services in any State that is not their “home” State. It may include sales tax on products or services that are “exempt” in the seller’s “home” State, but are not necessarily “exempt” in the State of sale. This bill requires very little in the way of simplification from any of the States in their sales tax collection code.

There are two types of States, those that have complied with the 2000 Court “streamlined sales tax” order and those that have not complied. Of the compliant States, 22 have already implemented more sales tax reform and simplification than is required. Even some non-streamlined States like Virginia and Idaho have simplified their codes enough to be compliant with the Senate bill. Some States, most notably, Alaska, Arizona, Colorado, Louisiana and Alabama still have “local” sales tax collection and are in no way prepared to be compliant with or execute this bill if it passes.

Nexus still exists, but is applicable only to remote retailers that do less than $1 million in business in the remote State. Nexus will not “protect” the remote retailer once the gross receipts exceed $1 million in an individual remote State. Nexus will be used to determine when a State will be liable to provide a remote retailer with that State’s sales tax software. Click through Nexus will still continue to exist. The Supreme Court has lifted restrictions and the individual States can define “substantial physical presence” any way they want.

This is NOT about the Internet or about Internet sales. This bill will be applied to so many more other retailers, that the Internet retailers are only a small fraction of the retailers affected by this bill. The Senate bill is more concerned with “who” makes the sales, not “how” the sales are made.

States that are registered as “streamlined” (see figure above) can require the collection of sales taxes from remote retailers at the 180 day mark of the passage of this bill. Non-streamlined States have to wait 6 months after the passage to begin to require the payment of sales tax from remote retailers. In each case however; the collection must start on the first day of a calendar quarter…i.e. Jan 1, Apr 1, July 1, Oct 1.

The House bill is different. It would impose a limit on the number of audits and a stronger limitation to tax any business on any other applicable taxes. The House wishes to enforce the Internet Tax Freedom Act which would essentially make sales on the Internet sales tax free. It also wants to enforce the privacy codes embedded within the Digital Goods Sourcing Act (not good for the NSA). The House wants a moratorium on the cell phone tax and the rental car tax and simplification of the Business Activity Act.

Needless to say, the two bills, Senate and House are different and will require reconciliation before anything gets passed. Most “Big Box Retailers” support this, along with Amazon.com and The National Retail Federation. EBay opposes and everyone who is anti-tax/anti-big government also opposes.

Precision Computer Methods Inc. has several solutions to make collecting and reporting on sales tax both now, and in the future easier and more compliant. Click on the link below for more information:

If your server suddenly crashed and ALL your data was erased, how long would it take before your...

Tying up Sage Pro's GL to its Subledgers