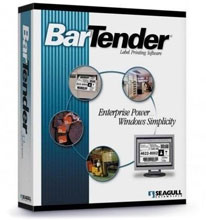 Service Release #1 (first available on May 25, 2012), introduces translation updates and a variety of enhancements that many users will find useful. The most significant new developments are: Other changes to the BarTender suite include: Print Server SDK Improvements: Applications based on the BarTender Print Server SDK now benefit from a number of performance enhancements. These include the same stability improvements that Commander received as part of BarTender 9.4 SR3. New capabilities include: Seagull License Server (SLS) Improvements: The Trial edition was updated to SR1 on Seagull's web site on May 25th, 2012. Existing owners of version 10 can download either from there or the main Service Release page. True Edition Emulation Provided by this Service Release.
END_OF_DOCUMENT_TOKEN_TO_BE_REPLACED
0 Comments Click here to read/write comments

Putting barcodes or RFID's on your ACCPAC ERP forms and why

Why and how do you put barcodes on your accounting forms. Which ones can help you the most? This question when addressed properly can save a lot of time and effort on your ERP system's users part as well as on your business partners. It is not difficult to add barcodes to forms such as checks, purchase orders, sales orders, etc. There are even free fonts available which make adding the barcodes as easy as adding any other text string to an ERP system form. Any process where the ERP user has to read a form and retype the information into a computer is a potential process which can be improved by a barcode on the form. Since errors cost an average of about $50 to find and correct, it is well worth it to try to reduce them. The careful thought comes in during the selection process. Logical things to barcode include: