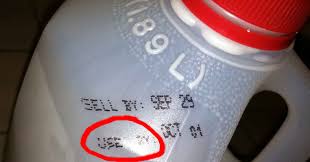 The offer to Sage Pro and Sage PFW customers (including SBT, ACCPAC, Vision Point customers) has a new and final date of September 30, 2014. After this date, users can continue using this unsupported software, but they will not receive a credit from Sage for their software if they upgrade. The credit amounts to basically 50% off of the list price of the new software. Sage says:

There are four big deadlines on the horizon for Sage Pro and PFW customers. In many cases, customers will wish to do nothing and continue to use their existing system. However, the lack of software publisher support for the software will be a red flag for some users, and the use of older 32 bit programming languages will be a red flag for other users. (Note, with virtual systems becoming more supportable, it may be possible to run Pro and PFW indefinitely, but the caveat is that the longer this is done, the greater the risk that the software will become a black box that nobody understands. See our blog article on " Software Rusts"). Because of business reasons, Sage has chosen to declare that Sage Pro and Sage PFW will not be supported by Sage after March 31, 2014. (PCM will continue to support this product as long as there is a demand for support).