Sage Pro ERP: Four options for the next step

Sage has recently announced that after 9/28/2012, all purchases of upgrades, new modules, and new lanpaks for Sage Pro ERP must be added to a system that is current on maintenance. This is not as bad as it seems, if you are more than 2 years behind on maintenance (which is not uncommon for heavily modified Sage Pro systems), you will need to buy 2 years of back maintenance and one year ahead. This works out to 54% of the new price. So, for an upgrade to the current version, that's just a bit more expensive than the long standing 50% of the new price that upgrad 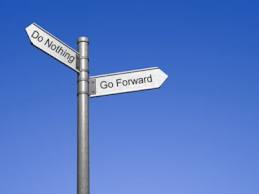 es have cost up until now. But if you just wish to add one lanpak to an old out of maintenance system and not upgrade, you have to pay as much as if you were going to upgrade everything rather than just pay a penalty. In the worst case, you could pay the upgrade price just to add a single user.

Clearly, Sage is trying to push its Sage Pro customers to move to or at least consider another product, since it is making standing pat restrictive. The reason for that is that the underlying language, Visual Foxpro 9.0 will no longer be supported by Microsoft after 2015. It will continue to work on 32 bit systems and systems that support 32 bit executables like Windows 7 64 Bit.

So, what can a Sage Pro end user do? There are basically four competing choices:

We would be happy to consider your special case and help with the selection process in any way we can, putting our 30+ years of experience at your service. Please feel free to contact us at 1-630-562-2384.

Sage FAS software is a depreciation, asset maintenance, and repair schedule module that links to a...