Desktop or Tablet PC, Which one is best for St. Charles?

Unless you've been living under a rock for the past year or so, you're well aware of the tablet computer phenomenon, mainly as evidenced by the meteoric rise of the Apple iPad.  In its last financial report, Apple stated that it had sold 9.25 million of the hand-held devices in the quarter ended June 25, 2011, which makes the iPad a bigger seller than PCs sold by leading companies like Dell and HP.    Meanwhile, another wave of tablet computers, all based on the Android operating system, is hitting the market from HP, Acer, Archos, and Samsung.   Is the tablet computer essentially replacing the PC? Or does the PC - and we'll include traditional laptops in this category - still have a role to play in business and in the home? 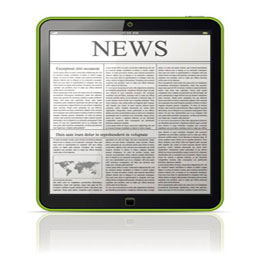 The way we see things here at PC Methods, operating here in the Fox Valley area, there's room for both. Each has its strengths and its weaknesses, each has applications for which it is the superior choice. Here, in brief, are some points to think about if you're having to choose yourself:
The most obvious difference between tablet and PC is size, which translates into portability, or lack thereof. Without question, tablets are extremely portable. Samsung's new Galaxy Tab 10.1 weighs just 1.32 lbs. Tablets can easily be stashed in a briefcase or backpack and used just fine at a table, in an easy chair, in bed, you name it. Desktop PCs? Not.
Performance? Here, the desktop wins hands down. It has room for lots of hard disk storage, a graphics board, and even loudspeakers that no tablet can 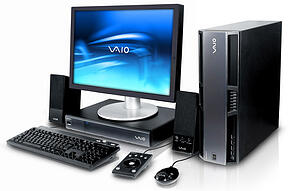 match. Yet, for many applications,such as surfing the Web, shooting off an email, playing simple games, even making music, tablet computers work just fine. You just wouldn't want to edit a family video or run a complex spreadsheet on such a device.
Tablets' screens are pretty darn good, too - bright, lots of color, high resolution. But from what we've seen, they're not yet good enough for reading books for any length of time; for that, you may want to consider an e-book device like Amazon's Kindle or the Nook, from Barnes & Noble.
Finally, there's the keyboard. Tablets have no such thing, unless you want to connect a separate one through a wireless Bluetooth link. Typing on a touch-screen leaves much to be desired, we've found: It's dandy for the occasional email or entering search words into Google or Bing, but don't think about writing a long report for work. Here, the desktop rules supreme.
At PC Methods, our motto is "Business Systems that Work." And we fully expect to see both tablet and PC working in businesses, right next to each other, sharing data and tasks. Both devices, it appears, will thrive in coming years, and both will benefit from the burgeoning computing cloud - all those nifty services and data sources and even full-blown apps that used to run only on a desktop but that are now available on the Web.

What to do about Microsoft Vista

I am truly impressed:

The past few releases of Windows have been a game of give...